Chinese Massage in the Bay Area

After returning home from living in China for one and a half years, something we remembered we can get consistently here which we did frequently in the Middle Kingdom are good, inexpensive massages. Not only is the price right ($25 for one hour foot massage or $45 for a one hour table massage) but the experience in the massage studio is remarkably authentic. The place we like the most is Creekside Salon in Walnut Creek. It’s so much like the real thing, even the pamphlet is spelled incorrectly “Message Parlor” and the pamphlets have been there about 4 years so I am pretty sure they have actually printed new ones and still not made the correction. The misspelled signs displayed around the place are funny and familiar. A native English speaker took the time to write some corrections over the notes in the bathroom. S/he gets an A for grammar. Bob and I joined the Creekside Salon for $68 each for one year and now massages are $20 for foot massages and $35 for one hour table massages. We go a lot. 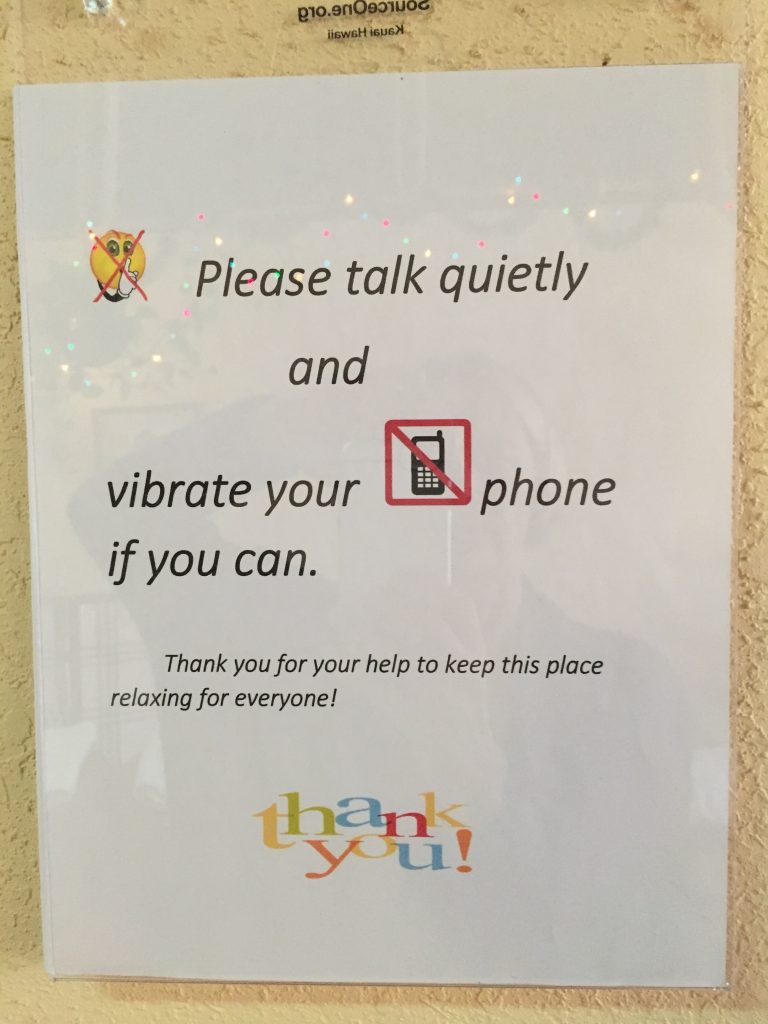 Right at the back of the main room full of worn out armchairs is a fish tank of enormous gold fish. They are quite beautiful. It’s super Chinese to have fish tanks at businesses. The salon plays really cheesy music and has a few really bad paintings, which is definitely just like in China. 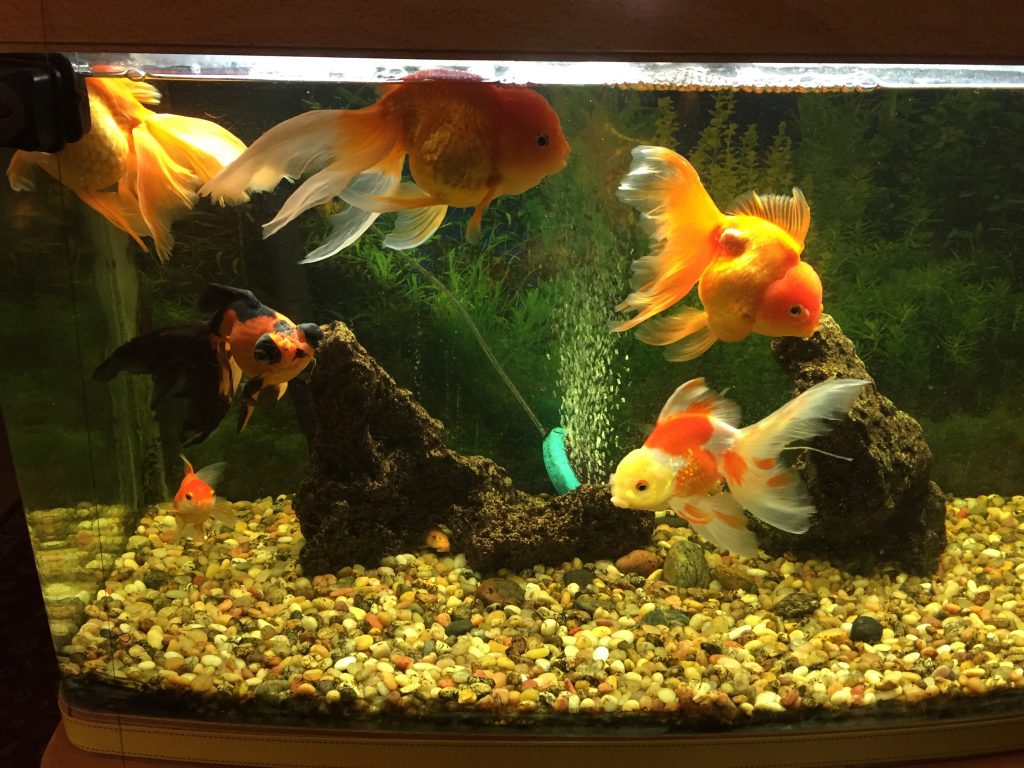 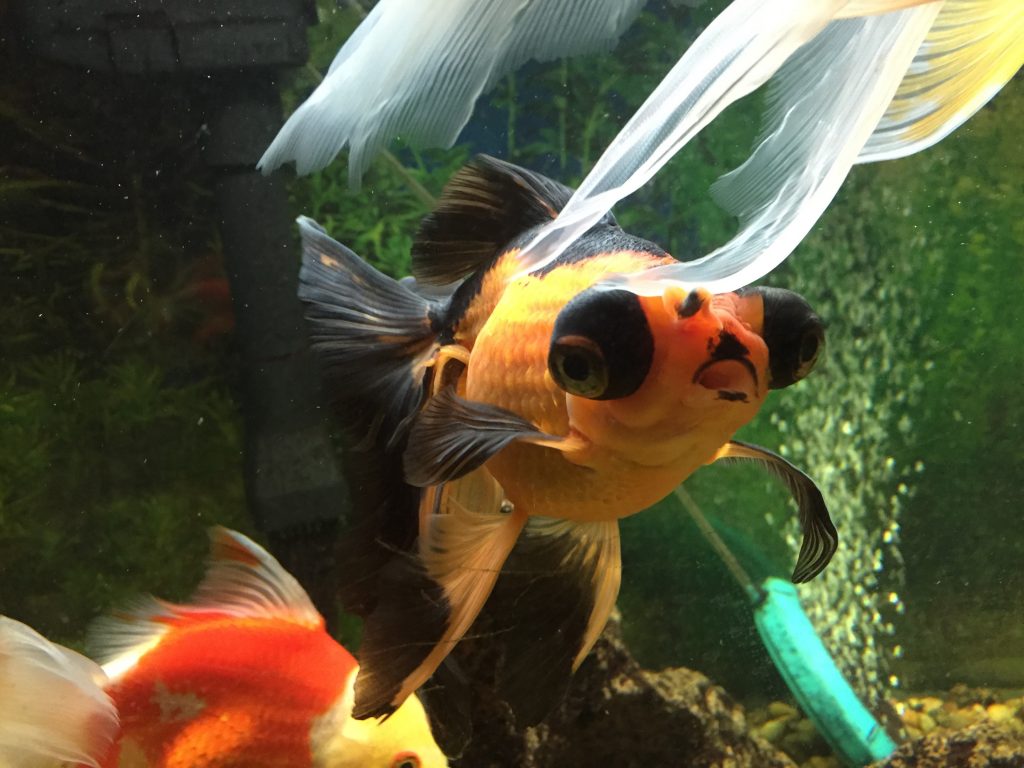 Foot massages begin with a nice head, shoulder and arm massage at Creekside while your feet soak in hot water. I usually make an appointment with Jerry who has magic fingers and when he presses his thumbs quite hard on my skull, I begin to sink into my happy place. Recently I had an appointment with Kevin and he was great too. Bob likes Katy, but she is visiting China for two months so he is taking a break until her return. In China, our massage therapists had numbers. My first guy was #3, but eventually I switched to #28. Jason (#28) was my massage therapist just down the street from our apartment in Shanghai at Bamboo Massage. We are still friends on WeChat, Facebook and Instagram. Bob loved #23 and a few other numbers but when Yili Massage opened the next year directly around the corner, he found #6 who would give him a two-hour massage for the price of 1.5 hours. We would call with no more than a few hours notice and head down there. Similarly, in Walnut Creek we can usually get an appointment with not too much notice. In Shanghai, sometimes there were rude men smoking in the lobby, which I found abhorrent. Once or twice, people were getting couples massages and were so loud in the next room, it made me batty.  In both Bamboo Massage and here at Creekside, the walls in the private massage rooms are really thin and you can hear everything going on next door. I’ve so loved having access to the massages from this borrowed business model in California. Having short conversations in Mandarin is a pleasant addition and these people just love the tips! We never tipped in China.

I wrote about this in one of my old blogs from two years ago, but one of the funniest things about getting a massage in China is that the client has to put on a pair of disposable underwear, which are a lot like a diaper. This made me a little upset at first, but then I just got over it and put it on without thinking about it. Link to previous blog In Walnut Creek, the diaper panties don’t exist.

Just days before leaving Shanghai and flying back to California for good, I was traveling with the Heart to Heart group in rural China. We went to Jiangsu Province and visited the children who had had heart surgeries the year before. On one of the evenings, Karen, the director of Heart to Heart, found a massage place that was big enough to take our whole group of 25 at the same time. We all went in, left our shoes in the lobby, replaced them with slippers and went up to various private rooms to have our massages together. Each room had 3 or 4 chairs. The place had a huge lobby and marble staircase and some cheesy statues. Karen, Nancy and I were in a room together. Nancy is native Chinese and is the liaison between the hospital and Heart to Heart. She’s a riot. Somehow, the TV got left on and Nancy chose an American horror film. It was the most stressful massage I ever received because I was actually afraid of the scenes coming up. I startled about 10 times and my therapist was getting a little worried about me.

At Creekside Salon there are no slippers and that is really a standout difference between China and the U.S. In China, leaving shoes at the door and donning slippers upon entering a home or a spa is de rigeur and if you saw the streets, you would be pretty happy about this custom.