For the second time this year, I joined about 20 people and traveled into rural China with a charity organization called Heart to Heart, an organization which sponsors heart surgeries for needy children. I joined Heart to Heart about a year ago after hearing about my friends who spent most Tuesday mornings knitting sweaters for stuffed bears! The bears with adorable sweaters are then sold for 200 RMB ($30) at many events. We all have them–they go with everything. My friends went on these trips to China’s interior and spoke famously about the crazy foods they tried and how bad the toilets are. (I know, toilets again!) This led to finally asking what it was all about and I became a hospital playroom volunteer at the Shanghai Children’s Medical Center. Later I volunteered in the once weekly activity called “Assembly” where we sorted the collected donated goods. A few months later in March, I joined my first Heart to Heart Field Trip to visit children who have already had the surgeries and to bring donations of clothing, books and supplies to schools.

Just earlier this month, I traveled with the group again. We met at Yodak Hospital at 6:30 am Monday September 7th and loaded the bus with hundreds of bags of donations, our luggage and ourselves. The bus left about 8:00, driving north into Jiangsu Province (see map, it’s the pink one just north of Shanghai) with two bus drivers, Mr Wang and Mr Fu. 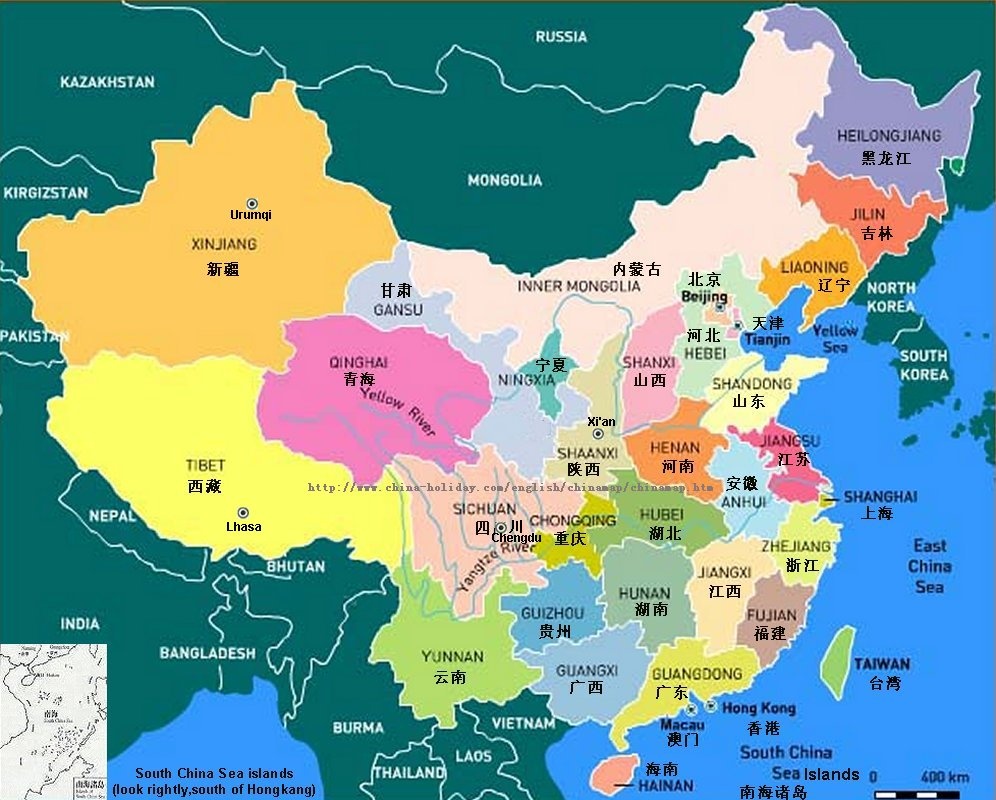 Here are some of the children we saw at the first school. These were the smallest, probably 5 years old, on their 2nd day of school. 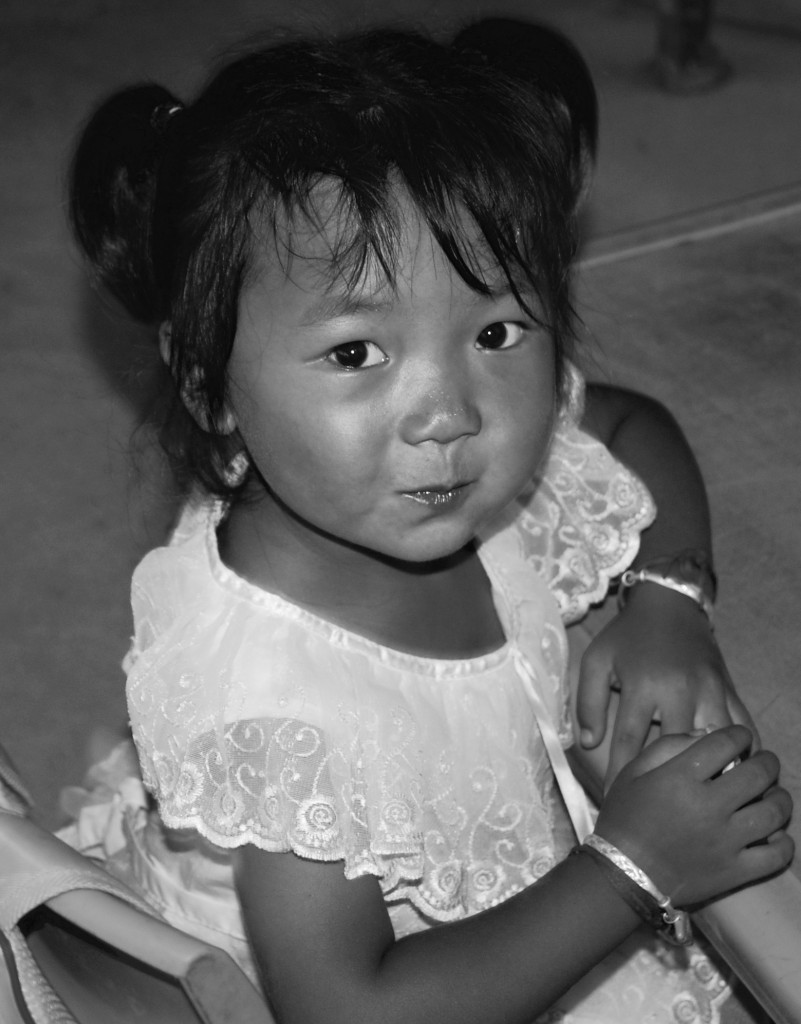 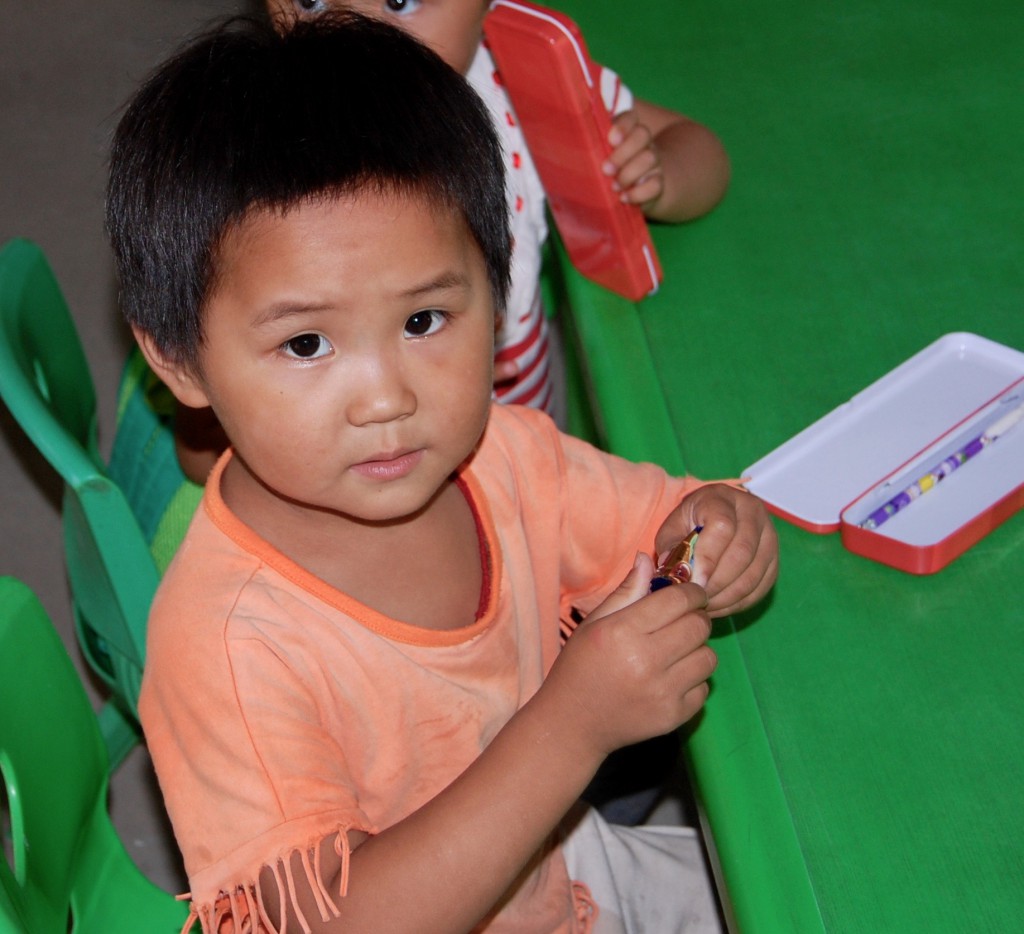 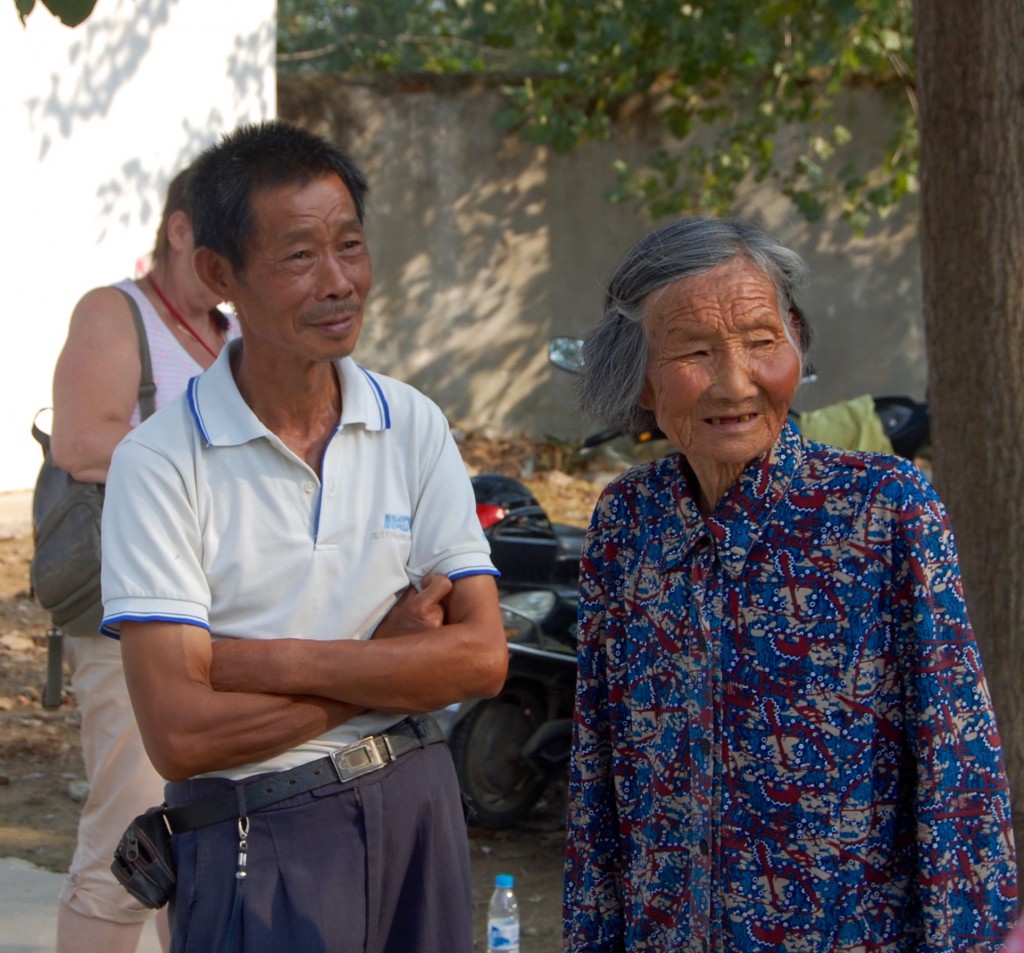 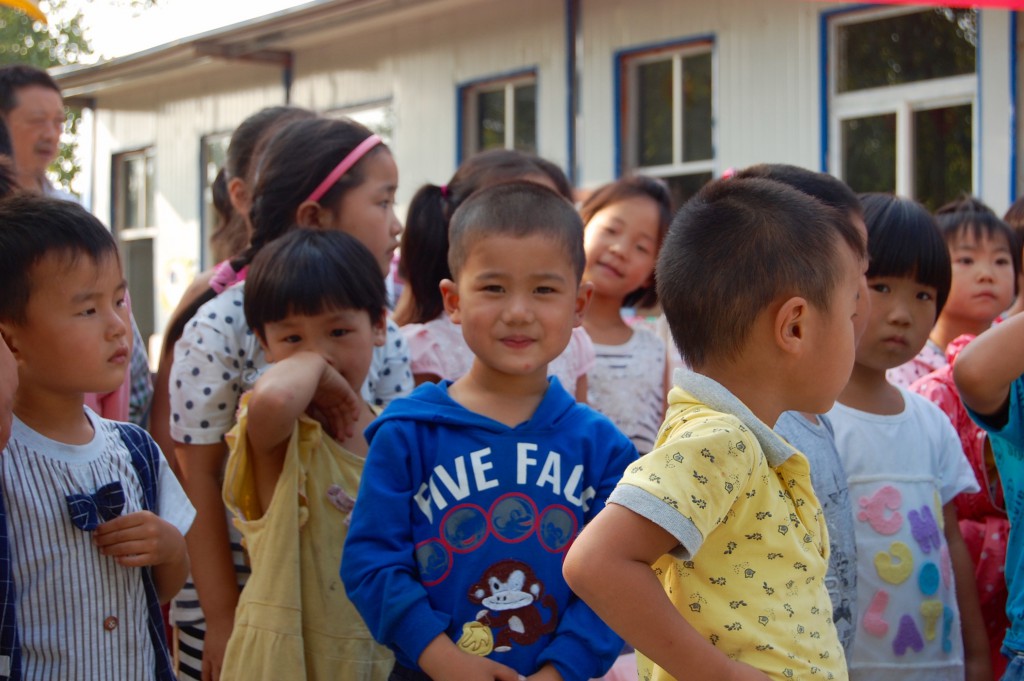 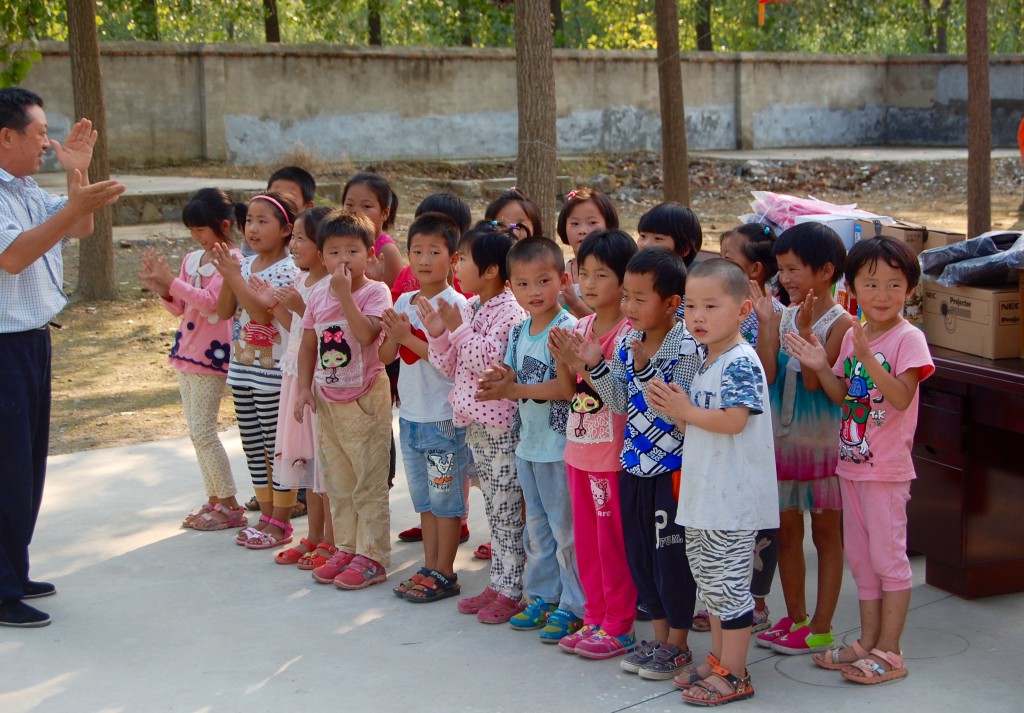 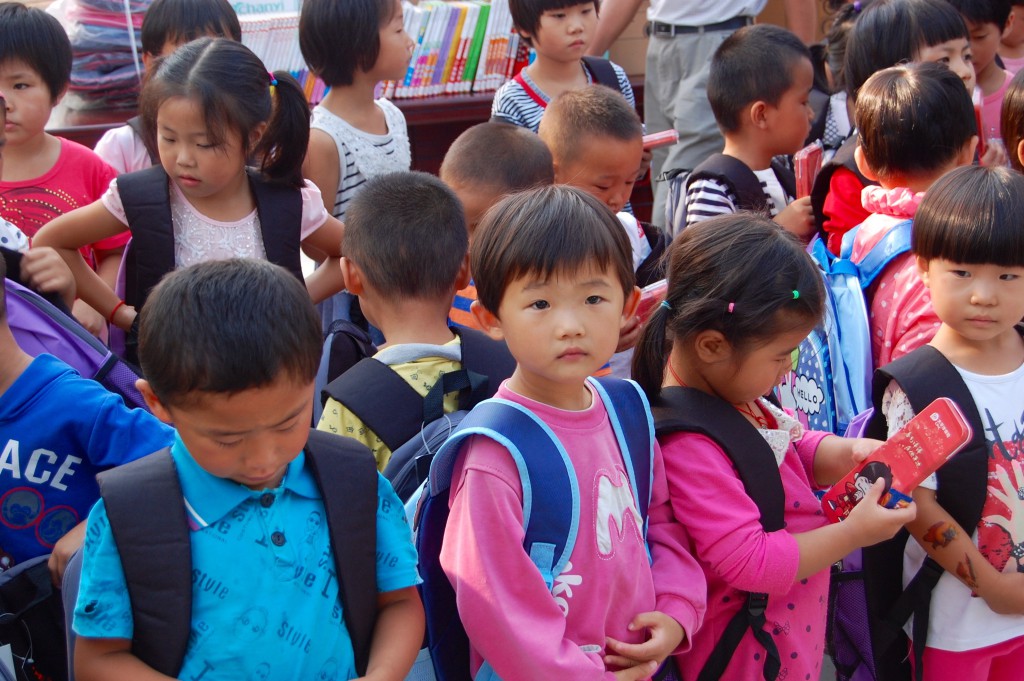 During the time here, we saw 9 children and visited 4 schools. We stayed in 3 different hotels which were located in the small nondescript cities which the province has to offer. These hotels were touted to be awful, but honestly, they were quite clean. The first had no hot water, which really upset me, and all of them had really awful breakfast buffets. They had hard beds and my body felt a little sore in the morning. Here are a few of the things we saw at breakfast: 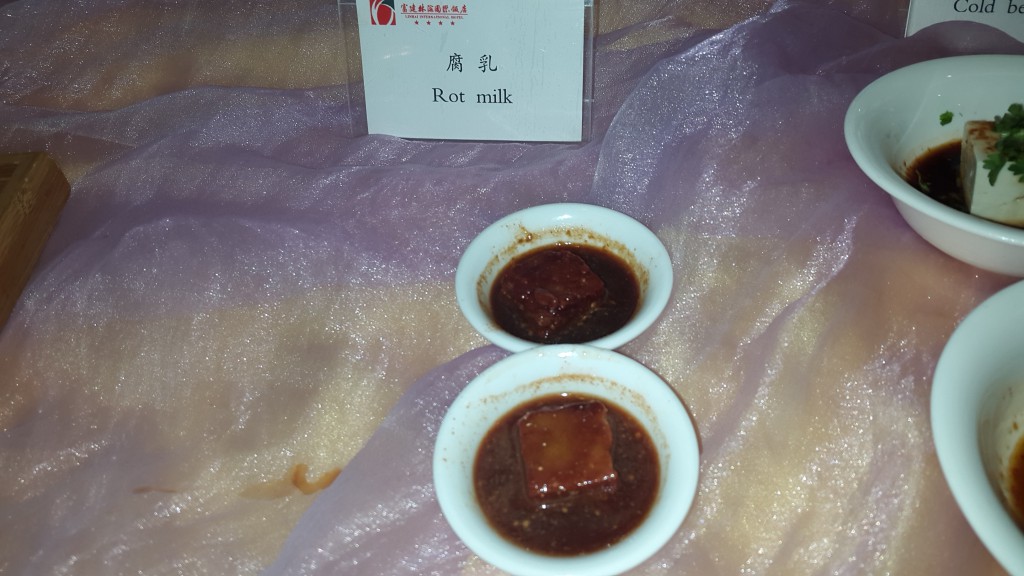 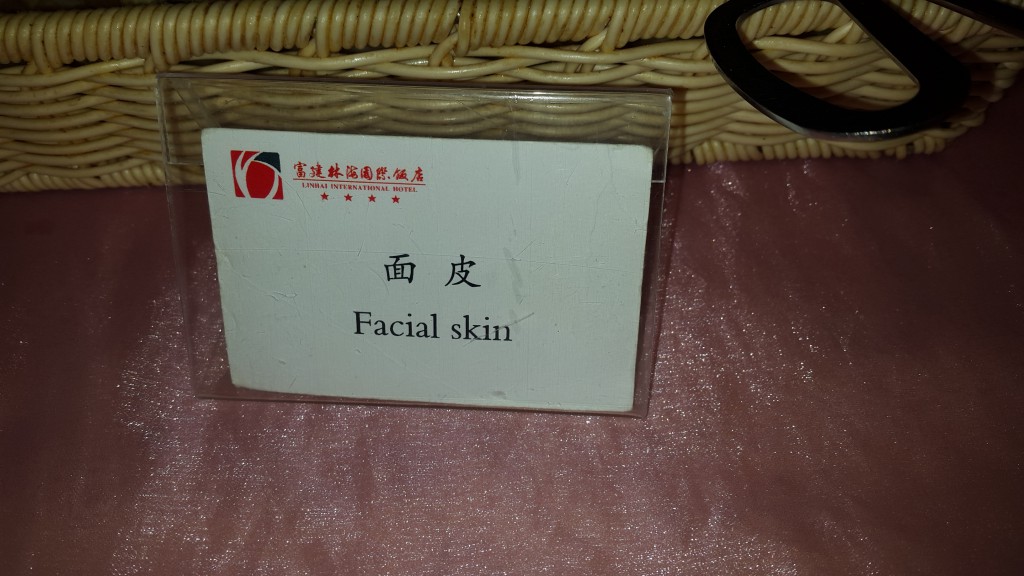 Here is a gallery of photos of the trip in general: Schools and little kids and fantastic gardens made in small spaces! These folks have a lot of greenery around them and it was heartening. The skies were blue and humidity was low, so we were all feeling cheerful.

Each night when it was dinner time, Nancy and Karen would find a restaurant that could accommodate our group of approximately 25 people. This is not a problem for most Chinese restaurants as they have large tables with Lazy Susans in the center. Whipping up that much food for us is  not problem because the dishes come out slowly, not all at once like they do in Western restaurants. Often we could fit at 2 tables and I remember one time there was a table which fit us all, which is just nuts. It is there where we have what my friend Bertha calls “lazy susan surprise” because Nancy and Karen order up something like 17-22 different dishes which we all eat family style. Often the bones are in the food and some of it just unrecognizable. But it’s a culinary delight! We just need to pick through a few lung and kidney dishes and all sorts of yummy things remain. Another problem is the MSG replete in the food. My ankles swell up when I eat it so let’s just say I had cankles the whole week. What they can do with some back bacon and garlic!

This last evening, there was talk of doing karaoke after dinner but it turned out the restaurant had karaoke right in the private dining room for our group. Score! A Chinese volunteer from the group started figuring out the machine and we were off, singing our hearts out. We stayed until past 10:00, and I can tell you, we caused quite a ruckus. The bus drivers and waitresses were filming us singing and we are likely all over Chinese social media! This was one of the most memorable evenings of my entire China experience. I had so much fun singing with my friends.

We arrived back in Shanghai Thursday evening and I flew back to California the following Sunday. China is a crazy place with 1.34 Billion people and 26 million of them in Shanghai alone. Bob and I were often overwhelmed by the behavior of Chinese and I wrote about it a lot in previous posts. I loved it! I want to return! As his colleague told him before we moved to Shanghai: You can’t change China but China will change you. And so we are forever changed.