Image from Power Station of Art 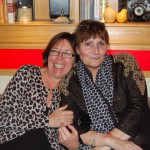 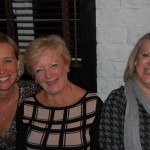 My Scottish friends, Lesley and Jacqui 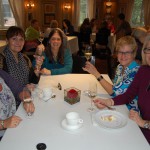 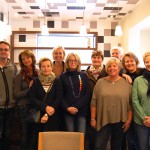 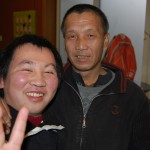 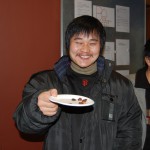 I get a lot of sympathy from my friends at home. “Oh I hope you can come home soon.” “Oh that sucks that the air is so bad, hopefully you won’t have to stay too long.” Not everyone gets it. We love it here. I love it here. My life is rich and full and I don’t think I could live like this anywhere else. There are the odd bad days where I just get pissed off, we all get pissed off, but it in no way affects the overall quality of life. I miss my family, friends and cats and what I would do for some affordable almond butter, but still.

In the three weeks after returning to Shanghai from Winter Vacation in California I have: volunteered three times at the Shanghai Children’s Medical Center training volunteers to open the playroom and play with children from infancy to about 12 years who are undergoing heart surgery. I have (in one day) attended an afternoon tea from 3:00-5:00, had drinks from 5:00-7:00 followed by dinner with friends until 9:30. I have coordinated and served a tea to a homeless shelter (the only homeless shelter of its kind in Shanghai). I attended and took photos of the Brits Abroad Monthly coffee morning at the Waldorf Astoria Hotel, coordinated and hosted three Mandarin conversation classes at my apartment, played Mahjong three times, played a card game called May I twice, attended Quiz Night two times, got a mani/pedi, at least two massages, eaten out countless times, got crushed in rush-hour subway rides twice, taught three Nia classes, took about five yoga classes, took a guided tour of a really good Museum with a Revolutionary Art Exhibit, attended a Meetup with a world-class photographer at a different museum for composition tips, attended a farewell party, shopped for fruit and veggies at the local markets, and drank countless cups of tea! We went to a GlÖgg party thrown by a Swedish/German couple complete with Swedish meatballs from Ikea! We saw a blues band at the House of Blues and Jazz which knocked our socks off–great dancing. I took a fantastic walking tour with Brits Abroad this past week and thoroughly enjoyed seeing the inner workings of Shanghai’s “Old Town”–fascinating narrow alleys filled with items for market: dried fish, ducks, chickens, pork, eel; you name it, it was hanging out to dry for the upcoming feast. I gave a reiki session to a friend and I binge-watched the entire Downton Abbey fifth season. I think I took a nap once. I even spent some time with Bob! Bonus: after four months, our adopted cat decided to love me!

We are quickly approaching Chinese New Year and Bob and I are off to Vietnam for 5 days with friends. So excited! We loved CNY last year but don’t need to hear/see/smell that many fireworks ever again. On second thought, our trip is so short we will still be here for one major night of fireworks. You might remember the stampede on the Bund here on January 1st so the Lantern Festival is completely cancelled in Shanghai this year. It may be a little quieter but I don’t think we can keep the good people of China from blowing stuff up.

My pictures of dead stuff drying all over Shanghai will not upload which disappoints me and perhaps you as well. Stay tuned and I’ll send them as soon as I can.