In flight Shanghai to San Francisco 5:50am local time.

Since I last blogged about Bob’s escapades walking on the river in shorts, we have had little in the way of cultural mishaps and we are feeling quite good about that.  Yesterday, before leaving for SF, I finally did make it over to Puxi to a card game with 4 British ex-pats at a pub.  The card game is called “May I?” and it’s based on Gin Rummy which was why I was able to play. I now say really English things like “blimey,” “crikey,” “get things sorted” and “jolly good fun.”  I have not spoken with an American besides my husband for 2 weeks which is odd, I guess.  I am now subway literate, have a transit card and understand how to get around and how to walk to the subway station from our apartment.  This is a huge game changer.

Our gym finally re-opened Monday after the holiday weekend. I went to the gym two days in a row and rode a bike for 50 minutes–first time in 12 years. I was so bored I was almost in tears. I listened to music one day and the 2nd day I read a book. This is not a good use of my time.  I scoped out the dance room and there are almost no classes held in it at all, perhaps 2 per week, so I inquired and I can use it for one hour for free and then pay an additional fee if over an hour.  That’s what my ass is doing when I return from San Francisco at the end of the month.  Also around that time our air shipment will arrive with 3 hula hoops and I’ll be able to do that too.

Tuesday Bob and I headed out to the best dumpling restaurant EVER called Din Tai Fung (a Taiwanese chain) which is at a gigantic shopping center called Super Brand Mall. Afterwards, we made a day of it and had foot massages, too.  We stayed even longer and saw the Jack Ryan movie in English.  We had ViP seats which are massage chairs just like when you get a mani/pedi at home!  When the volume of the music goes down a little, the chairs all creak and groan.  Movie was not that great and there is a fair amount of dialogue in Russian which had Chinese subtitles so we missed a bit of the plot.  My college Russian did not help, unfortunately.  Anyhow, great day in Shanghai–all stuff done in a shopping center.

A few times this week I got tired of people staring at me.  At Din Tai Fung, I was working on my dumpling eating technique which involves puncturing the dumpling in the little white spoon, sipping the broth and then eating the remainder.  A man turned his head about 180 degrees to take a look at me.  I began to laugh so hard I couldn’t eat.  Little kids point and stare.  Whatever.

I already wrote about the fireworks for Chinese New Years, but on Monday night they were bigger and badder than ever.  The fourth night of the holiday is when China invites Prosperity and Success.  We went to bed about 10 and were awakened before midnight from many explosions out on our street. We got up and looked out the window and all at once we could see hundreds of firework displays going off all over the city.  And I mean the good kind that go up 30 or 40 stories.  China really knows how to blow shit up.

2/16  I am now writing this from Portland Or where I have just spent the last 10 days. I arrived during a blizzard and had the good fortune to have one really nice afternoon and evening with my sister and her family.  A few days later despite the white out and icy conditions, I attended a Nia training called 1st Degree Black Belt.  It was fantastic to dance and spend time with my Nia sisters and brothers from all over the world.  It was there we explored the Art of Self, Sacred Geometry and Infinite Horizons. It was truly the best Nia training I ever attended and I was honored to share space with this group of phenomenal human beings.  I have a lot to integrate and look forward to a little quiet time with the cats and dog at home.  It is very clear to me that I have to get some kind of dance practice going.  I cannot ride a lifecycle or a stairmaster for fitness. It is not my thing.  Dance and I will find each other again and a way to practice will become evident.

Picture of our view: 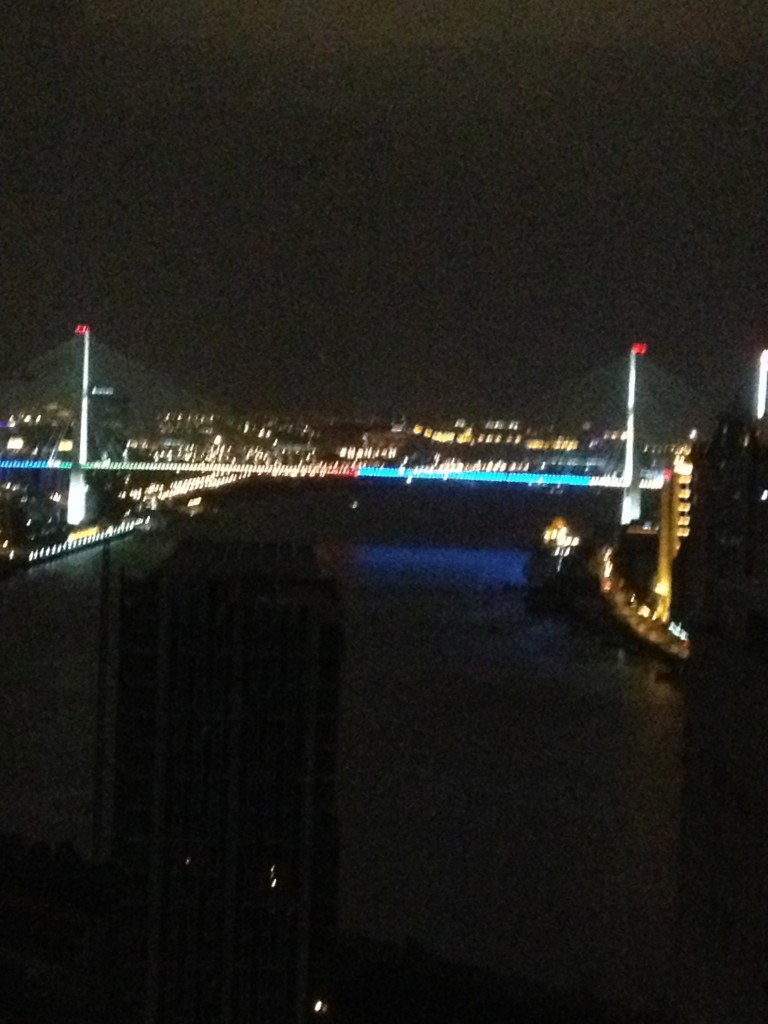