(I really wish I had more photos–working on it) 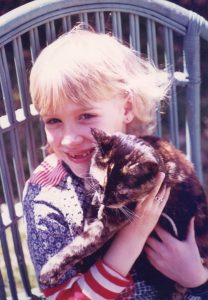 I am from the Hackensack River and its tributary, the creek which runs under Baylor Avenue. I am from the dams we built there, to clog up the water flow so we felt like civil engineers. I am from mosquitoes which hatched from the scum that accumulated. I am from the trails on the river nearby in the woods, where I saw the Great Horned Owl. I come from the mulberry bush that gave a lot of fruit though the berries aren’t so sweet, it was worth collecting a bucket. I am from those purple stained hands. I am from a time when kids played outside all day with unstructured time. I come from the swing which my cousin hung from the first limb of the old oak tree, where we kids pulled the string below it and swung so high that the ropes went slack. I am from the bark of that tree. I am from the lightning bugs in the humid summer evenings. I am from the tent which we pitched and moved it regularly because it killed the grass. I am from the yellow grass squares we left in the lawn. I am from a house with a giant lawn. I am from the lawn mower which we had to push over one acre because my dad was too cheap to spring for the ones with self-propelling wheels. I am from the enormous red ant hill which I had to mow around, or they would bite the crap out of my legs. I come from the groundhog which tormented my father and ate the vegetable garden from underneath, plant by plant, which he eventually killed by putting a hose down its hole and gassing it, and afterwards he felt really badly. I am from this guilt. I am from my neighbor’s basement where we played dominoes, Monopoly and Dream Date.

I am from a town which had several houses that were over 300 year old. Our house was only 200 years old. I am from a town where a battle of the Revolutionary War was fought, and there were monuments to the soldiers, and a fantastic re-enactment of a battle in 1778, two hundred years later. It was on TV and everything. https://www.rivervalenj.org/233/Baylor-Massacre 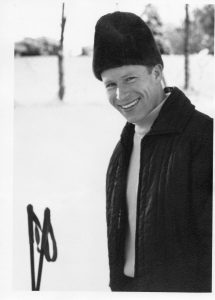 I am from the Hudson River where my father sailed his boat and I went along with him so he wouldn’t be alone. I am from the epic sailing trips our family took around Manhattan, out to the Long Island Sound and my parents fighting because Mom hated sailing.

I am from the carpet in my parents’ room where I would sleep when I had a nightmare or when it was very hot, as theirs was the only room with air conditioning. I come from bread and milk and cheese and apples and raisins, my staple diet as a little girl. Not just any bread, but dense, dark bread from a Lithuanian bakery which my mother visited regularly and hoarded half a dozen loaves in the freezer, and each loaf easily weighed two pounds. I am from these slices of bread. I am from the serrated knife which is still in my mother’s kitchen. I am from a tub of margarine.

I am from the A&P where I went with my mother to buy groceries and constantly asked her for something I couldn’t have until she told me to knock it off. I am from Lisa’s Pizza and the giant 60 cent slices you have to fold up before you put it in your mouth to keep the cheese from falling off. I am from a close cousin to pizza, the calzone. I am from 31 flavors, specifically toasted almond crunch. I am from the many greek diners which served about 100 things on the menu 24 hours a day. I am from that coffee. I am from Egg Foo Young which we ordered at King Yum Restaurant in Old Tappan when my dad would buy dinner. I am from the Whoppers and fries we ate at the Burger King in Park Ridge when my Dad was traveling.

I am from the other creek I had to cross to get to high school when I missed the bus and from the wet moccasins I had to wear to school because I fell in. I am from the golf course where we went sledding in winter or got high on in summer. I am from the hole in the chain link fence to the golf course. I am from the bus we took to New York City when we were teens, and walked around 5th Avenue, Rockefeller center, and Greenwich Village. Those locations are innocent enough, what wasn’t so safe is that we had to go through the Port Authority of New York, which at the time was super dangerous not the way New York is now like Disneyland. I am from the really bad marijuana that burned my throat when I got high with some ne’er-do-wells in Washington Square Park. I am from a mother who said “those kids are on pot” on a regular basis. 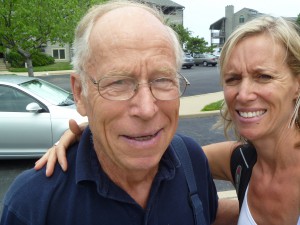 I come from huge arguments in the driveway where my parents fought and from the silent dinners of boiled potatoes and gray meat, or sometimes cottage cheese, where my parents waged the cold war, my brother was at karate, and my sister ate dinner upstairs while sewing. Lucy and Ricky were talking in the background.

I come from these sentimental memories of childhood sweetness. I am from pain and sorrow. I come from a host of angelic ancestors who surround me and hold me up every day or it isn’t possible I could still be alive.

9 Responses to Where I am from